Why Tea Is The Most Popular Drink In South East Asia 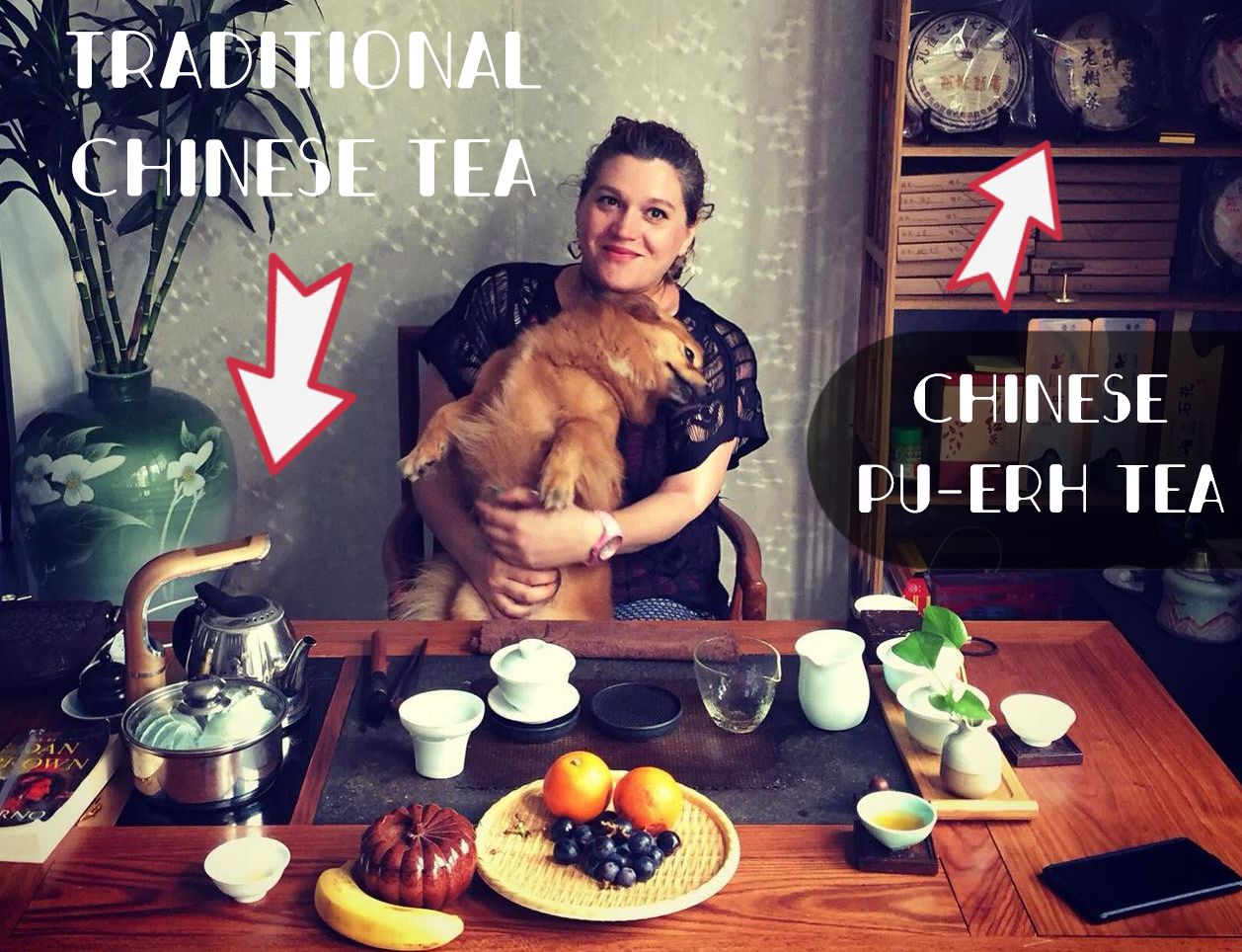 Tea is one of the oldest and most popular beverages in South East Asia. From Oolong tea in China (乌龙) to Bubble milk tea (boba) in Hong Kong and Taiwan, Asian tea beverages have made their way to the West. People in Japan have recently begun to use tea leaves in modern cuisine, too. To understand why tea became the most popular ingredient in Asia, we should go back in time.

No matter that tea culture has taken over the whole Asian continent, in this blog post I will focus on four specific places in Asia – China, Hong Kong, Japan, and Thailand. I’ll explain why tea beverages are an important cultural tradition in these regions, and how traditional tea habits have evolved over the years.

In mainland China, tea (cha 茶) is more popular than water. The first to discover the tea in 2732 B.C was the infamous Chinese herbalist and emperor Shennong ( 神农), also known as the father of traditional Chinese medicine (acupuncture). When Shennong and his soldiers boiled drinking water (the way locals drink water since ancient times), a few tea leaves fell in their water and formed a colorful and tasty infusion – tea.

In the past, Chinese tea was not as popular as it is today. Buddhist monks who used tea for relaxation and meditation were among the first Chinese to drink tea on a daily basis. Therefore, local tea culture, in countries such as China, Vietnam, and Thailand, is frequently associated with Buddhism.

According to an interesting fact, tea was also stolen from China and introduced to other Asian countries. Evidence suggests that the Scottish botanist and industrial spy Robert Fortune changed history by stealing tea species from China and introducing them to India – another country that is very famous for its tea beverages.

No matter if truth or myth, legends and evidence about tea made it even a more popular drink later in time. Aside from the infamous green tea, the Chinese began to develop more herbal tea varieties. Six main types of unfermented Green tea, Yellow tea, White tea, semi-fermented Oolong tea, and fermented black Pu Erh tea (普洱茶) are famous in China and the rest of the world today.

Before I go over some of the most well-known tea varieties in China, I’ll explain what fermentation means in the context of Chinese tea. Not to confuse it with beer or wine fermentation, where sugar is added to additives, tea fermentation is more similar to oxidation. Tea makers achieve fermentation by exposing tea leaves to air, or by using alternative methods such as heating or drying to aid in the fermentation process.

Tea makers can control the level of tea fermentation based on the methods used and the state of oxidation of the tea leaves. While some teas are only partially fermented, others, such as the infamous Pu Erh black tea, are fully fermented.

Depending on climate and soil conditions, different species of tea plants grow in different provinces of China. For example, Oolong tea, meaning Black Dragon in Chinese, originated in the Fujian province of China. The mountainous terrain and appropriate climate in Fujian are the perfect conditions for this tea to grow.

Another very famous type of Chinese tea is green tea, which is typically pure, non-fermented tea. The health benefits of green tea for skin, a smaller waistline, and immune systems have been known for ages. Therefore, a few cups of green tea are part of every local person’s daily routine.

The most interesting and distinctive type of Chinese tea is Pu Erh fermented black tea. Because Pu Erh tea products have a solid round shape, people use a special knife to separate the right amount of tea for their brew. In addition, the fermentation process of black tea can take a long time, and the longer it takes, the tastier the tea.

In fact, Pu Erh tea is also similar to wine in that the taste will depend on how old the tea is. For this reason, many Pu Erh tea brands, especially old ones, may cost up to thousands of dollars. The Chinese business community believes that drinking expensive black tea is a sign of power and prestige.

Pu Erh tea, similarly to green tea, is well-known for its ability to remove toxins from our bodies. As a result, black tea can boost our immune system, aid in weight loss, and lower our blood cholesterol and blood sugar levels. Because this type of tea contains caffeine, it is also used as an energy and alertness booster.

Chinese have used porcelain tea sets to make the best tea since ancient times. Now, we can find even more luxurious tea sets in every corner of the world. Many Chinese people associate tea drinking not only with the flavors of the tea but also with the way they consume it.

Modern tea houses are a huge trend in big Chinese cities. Aside from unique design, the tea houses, similarly to Starbucks chains, offer tea beverages in combination with unique experience for the visitors. People can smell the tea, feel the history, cheer up and socialize while drinking their tasteful cup of tea.

In recent times, blends of tea from Taiwan have taken the Chinese market by storm. Bubble tea (boba) is a very popular drink, especially among the younger Chinese population. Different flavors, colors, and decorations turned bubble tea into an eye-pleasing and mouth-watering beverage for most of the world.

In addition, tea cakes and other tea snacks have flooded the modern Chinese tea market. In fact, tea tastes even better together with a piece of delicious tea cake.

Although many tea varieties from China are also popular in Hong Kong, the island has its own tea culture. During the British rule of Hong Kong, a new tea recipe became popular among locals. This is the infamous Hong Kong milk tea, a tasty combination of evaporated milk, tea, and sugar.

Slightly different from Hong Kong’s milk tea, bubble tea (boba or pearl tea) is also off the charts in Hong Kong and China. Bubble tea originated in Taiwan in 1980 and is very similar to Hong Kong milk tea. In the creation of bubble tea, tapioca balls and jelly were added to the regular milk tea’s ingredients.

Hong-Kong style milk tea and bubble tea are not as healthy as some traditional blends. Drinking milk tea on a daily basis can cause a variety of health problems due to the high levels of sugar and artificial additives in some teas. Regardless of the downsides of caloric bubble teas, many locals find them to be a tasty and refreshing drink when consumed in moderation.

Thailand, in contrast to China and Japan, does not have a very strong relation to tea. Few interesting types of tea, however, gained popularity in Thailand over the years.

Orange-flavored iced tea is a popular drink in hot Thailand. Thais prefer a glass of cold black tea mixed with orange blossom water and tamarin seeds in the hot weather. This cool drink’s black tea is Assam tea, which is grown locally in some parts of Thailand.

Aside from Assam tea, a few provinces in North Thailand produce Oolong tea, which is similar to the species grown in the Yunnan province of China. Still, Thais have their own way of consuming tea, and it is somehow different than the way the Chinese do Oolong tea.

To refresh from the high temperatures in countries like Thailand and Hong Kong, locals will most likely prefer to add a few iced cubes to their drinks. In fact, milk tea Hong Kong style and Taiwanese bubble tea are also famous in Thailand.

The history of tea (Cha – 茶) in Japan is nearly as long as the history of Chinese tea, which deserves its own blog post. Nonetheless, I will discuss how tea came to Japan and how it has evolved into the most important daily drink over the years.

Tea, along with Buddhism, was introduced to Japan in the 6th century by Emperor Shomu. Despite the fact that tea seeds had been brought to Japan from China even earlier, Shomu promoted tea and encouraged tea drinking among local aristocrats and monks.

In the 13th century, the Japanese adopted tea not only as a habit, but also as a significant cultural tradition, and some aristocrats even used tea drinking habits to demonstrate their own culture of supremacy.

The Japanese traditional tea ceremony originated in the early 13th century. Special tea rooms, gardens with unique atmosphere and design, as well as tasty tea served in costly luxury porcelain, were used in local tea ceremonies. All of these appeared to be posh events attended primarily by aristocrats.

Later on, tea culture captured the middle and lower classes of the Japanese population, too. Special tea events in dedicated places still take place in Japan today. Although Japanese people drink tea for pleasure and due to its numerous benefits, the purpose of socializing during tea events and the atmosphere in the local tea houses are major factors for tea drinking, too.

There are over 20 main types of tea in Japan. The most popular tea in the country is green tea, made of the leaves of the Camellia sinensis tea plant. Besides, Japanese powder tea is a popular additive in the preparation of Matcha tea, another specialty tea found in Japan.

Depending on the region where it is produced, or the methods used in production, there are a few different types of green tea in Japan: Gyokuro, Shincha, Hojicha, Bancha, and Sencha (except Matcha). The flavours of these teas are similar, though some are a bit stronger, such as Hojicha, and others, like Gyokuro and Shincha, are slightly sweet and aromatic.

Similar to China, Japan has successfully preserved its distinctive tea culture through the ages. Japanese green tea is undoubtedly healthy for it is not blended with sugar or artificial ingredients. As such, local green tea has proved to be a healthy and inexpensive daily drink for almost anyone in Japan.