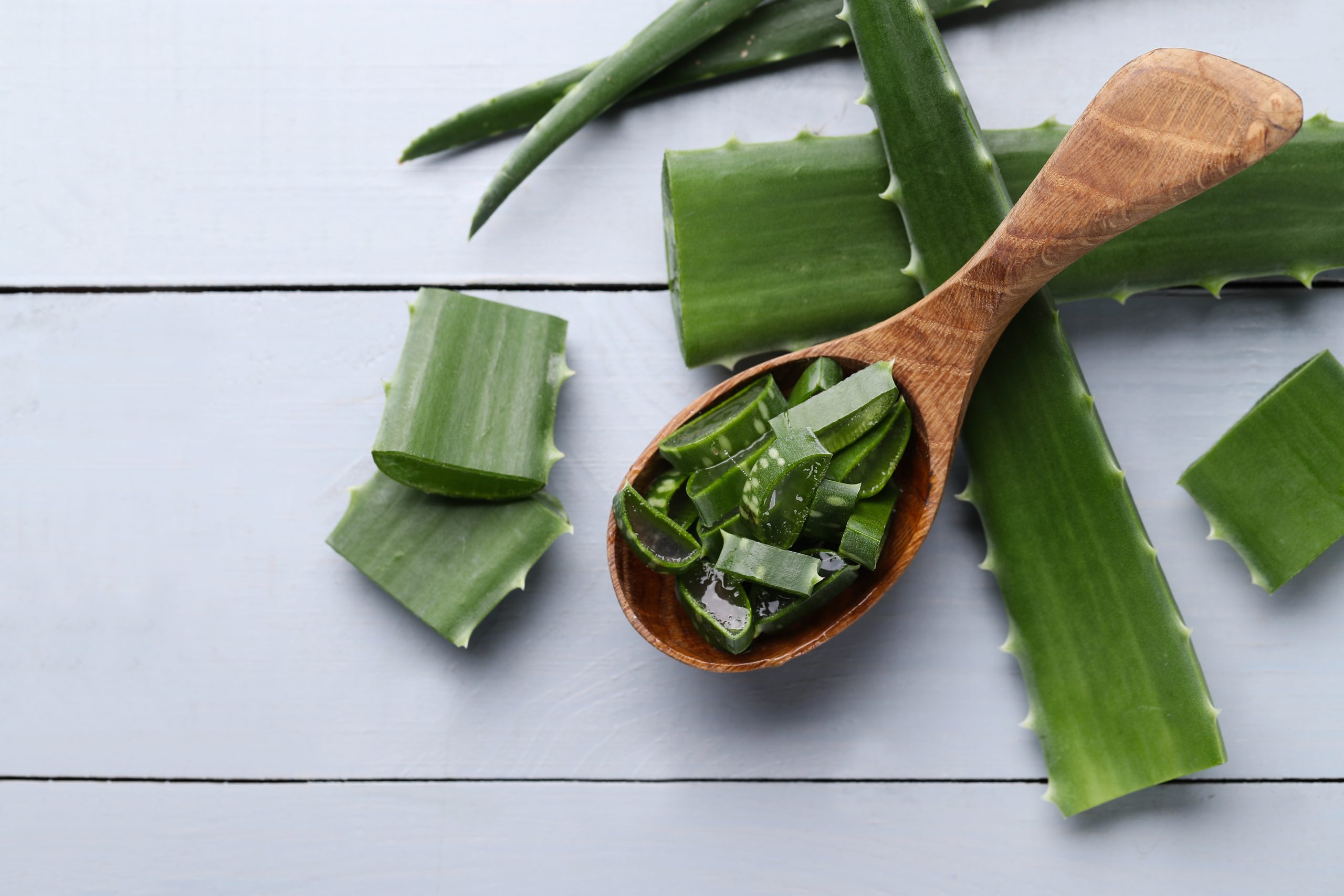 The marvelous Aloe vera plant has been used for ages in Chinese medicine and Ayurveda for its healing and anti-inflammatory properties. Recently, the Western world has also adopted the aloe as a medical plant with a wide variety of applications. In the skincare industry, aloe is one of top-selling ingredients that has proved to be effective in improving skin-elasticity and slowing skin aging.

The aloe plant itself can be grown in different places and even indoors. It does not require a lot of care and water and all it needs is exposure to proper sun light. Some types of aloe plants grow really big in size and have large and thick leaves, while other aloes are smaller and more decorative flowers.

The actual aloe vera is derived from the leaves of the aloe plant. When the leaves are sliced, there is a sticky gel inside that is used for supplements, medical gels and ointments as well as in more fancy cosmetic lines. Except in cosmetics and healing, aloe vera also finds applications in drinks and even in cooking in Asia. In fact, in many Asian countries, jelly aloe deserts are a healthy delicacy.

In the post below, let’s go through the various uses of this marvelous plant, explaining how different people use aloe vera in their daily routine and how beneficial it is.

Who hasn’t ever used an aloe vera sun-care product? Probably a very few people don’t not know that most gels and lotions we use after sunbathing contain pure aloe gel. The aloe vera is infamous for it’s cooling and skin-moisturizing properties which makes it the the best ingredients in sun care cosmetics.

Due to its anti-inflammatory properties, aloe can smooth, refine and re-generate the skin. Therefore, pure aloe has been used to heal wounds since very ancient times. Nowadays, topical medical gels for wound heling are also aloe based and have proved to be very effective.

The marvelous aloe can help us look younger. According to research, the aloe can help our skin look younger by reducing wrinkles and increasing skin moisture and collagen production. It’s also believed that ingested aloe can help speed up these processes faster. For this reason, refreshing aloe drinks are a big hit on the market all over the world.

Aloe is also used as an ingredient in body lotions, shampoo and even in tooth pastes. It has proved to be as effective as expensive tooth pastes in fighting cavities and improving gum’s health.

Recent research suggests that aloe vera will find further applications in treating patients with diabetes type 2. According to trials, the levels of blood sugar in patients consuming aloe vera fell rapidly. More research will be needed to prove whether and how the aloe vera could be used in medicine and supplements curing diabetes type 2.

Aloe vera has been also used as a constipation remedy and in fact it has been approved by the state for such uses in many countries.

Due to its healing properties, the aloe medical creams have been used as topical remedies for different types of wounds and light burns. These creams and ointments often come in combination with other ingredients making them even more effective. According to traditional medicine, however, pure aloe derived from the aloe vers’s leaf can do the job as well.

Aloe vera can help us loose weight by boosting our metabolism. Aloe drinks in combination with the right exercise routine have proved to be the key to success in many peoples’ weight loss journey. Many of these aloe-based weight loss supplements have proved to be a better alternative than sports drinks as aloe drinks are lower in sugar and other chemical additives.

Aloe vera has been FDA approved as a culinary ingredient. Except in drinks and iced tea, aloe is also a very popular ingredient for desserts, as well as other culinary delights. In modern Asian cuisine, for example, Aloe vera ki Sabzi is a delicious and full of nutrient and vitamins dish.

In China, Singapore and Indonesia, jelly aloe vera desserts can be found in almost every local cafeteria. In bubble tea stores in Asia, the aloe is one of the main additive to tea drinks. People are fond of it, not just because of its flavor but also because of its well-proved heling properties.

While the gel inside the aloe’s leaves is used for jelly deserts, the green part of the leaves is a great add-on to any healthy salad. As long as you don’t overeat alow vera, it will definitely benefit your health. Too much alow vera, however, might always have negative effect, so aloe as a superfood should be always consumed in moderation.

The marvelous aloe vera continues to find useful applications in our daily life since the past. No matter in what form, if used correctly, alow vera will benefit our appearance and health. In upcoming years, this pant will definitely find more applications in pharmaceuticals. And since we have nothing much to loose but only benefit from aloe vera, why not trying it out ourselves.